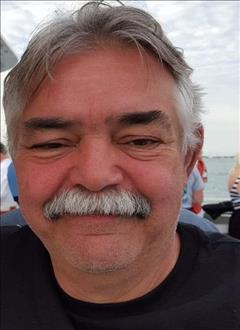 Our lives changed forever on January 20, 2023 with the passing of our Alfred (Alfie) at St. Peter's Hospital in Albany, NY. Alfie was the loving husband to Maribeth (West) Piche, Father to Stephanie (Piche) Holmquist (Geoff), Jessica (Piche) Zindle (Jeff) and Lauren (Piche) Franceski (Joel). He was also Pop's to Vivian Rose Franceski. He is Uncle Alfie in Canada and Uncle Al in the United States to several nieces and nephews one in which he is joining in heaven.

Alfred was born during a leap year just outside of Montreal in the city of Verdun Quebec on Tuesday, 21 February, 1956, the youngest child of Hervey and Agnes (Dorais) Piche. The temperature that day was 10 degrees C. His two big sisters Irene Piche and Pauline (Piche) Garneau (Andre) and big brother Bob (Diane) were there for Alfie when his parents were working. He spent time as a young boy/man playing hockey, skiing, boating, playing different musical instruments and was bass player in a band. He was fluent in both English and French. He spoke fondly about how he sometimes helped his Dad in the family grocery store and brother Bob in his garage. Alfred was also a graduate of Dawson College in Montreal.

In February 1977 Alfie and Maribeth met in Killington Vermont. They saw one another for the second time in June of that year when he proposed and one year later became husband and wife. At that time he became brother to Maribeth's sister, Kathleen (West) Brouillet (Bill) and brother, Raymond West (Debbie) both of whom are also angels in heaven. The couple started their almost 45 years together living in Montreal, Quebec, Edmonton, Alberta and then to settle permanently in the Capital District in New York for the last 39 years.

He was Al in the world of business and learned the highly specialized skill of erecting scaffolding while living in Edmonton and continued to work in the industry in New York, owning his own business, Rapid Erection Scaffold before he switched careers and entered the world of commercial lending opening SJL Enterprises.

Alfie had not been well over the past six years having a series of issues but he never complained and always kept that beautiful smile on his face. His little rescue dog Gizmo, who came to us two years ago stood by his side to help cheer him up. He spent the last 10 days of life at St Peters Hospital until he passed, surrounded by his loving family, on the morning of January 20.

The Piche family would like to thank the Intensive Care Unit Doctors and Staff at St Peter's Hospital for doing all they could for him and for us through this profound sadness.

Alfred's services will be held at the Konicek & Collett Funeral Home located at 1855 12th Avenue, Watervliet, NY 12189 on Friday January 27th. The wake will be from 4 - 6:00 p.m. with services immediately following.

The family is requesting, in lieu of flowers, that donations be made to Precious Pound Pups Inc. the rescue that brought him Gizmo. Donations can be brought or mailed to Konicek & Collett Funeral Home or Venmo the 5013c nonprofit number if needed is 84-2463073.

Dear Alfie, Dad, Pops, Alfred and Al we knew you were an Angel here on earth, we were incredibly blessed that you were ours we will never stop loving you we know for sure now that all your favorite things are in heaven because now your there. With all our love, your girls.