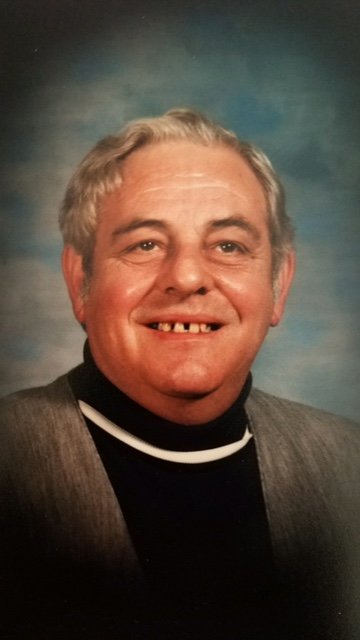 Edward Francis Carey Troy - Edward Francis Carey, 90, passed away peacefully surrounded by his loving family at home, February 8, 2021. Born on July 13, 1930 in Albany, he was the son of Edward Francis Carey, Sr. and Elizabeth Claire (Harrigan) Carey. Ed graduated from Christian Brothers Academy, Siena College, Christ the King Seminary at St. Bonaventure University, and SUNY Albany. An avid reader, Ed considered himself a lifelong learner and recently announced his goal to finish Dante’s Divine Comedy by April 15. Ed married the love of his life, Doris, in 1957 and after a series of jobs in sales to support his growing family, found his true calling as a teacher. Ed taught at Giffen Elementary in Albany and Iroqouis Middle School as a junior high special education teacher, from which he retired in 1991. Ed’s trademark as a teacher was his patience, firmness and helping his students’ see their potential. Ed was a well known presence in Troy, both as a member of the Troy School Board and an avid golfer at Frear Park. Ed’s other calling was as a bartender, which he often likened to another form of teaching, and Ed lent a pour and an ear at many area establishments including, The Lobster Pound, The Candlelight Inn, and Holmes & Watson’s. Ed’s other great loves were the The Clancy Brothers, the Boston Red Sox and getting the last word in, in Latin. Ed was a man of deep and abiding faith and a longtime communicant of Sacred Heart Parish in Troy. Dedicated and loving son, husband, father, friend, and philosopher, Ed was predeceased by his beloved Doris just shy of 60 years of marriage. He is survived by his kindred spirit and brother, Peter Carey of Indianapolis, IN; six children, Edward (Jennifer) Carey of Brooklyn, Robert Carey Van Pelt of Iowa, Mary Rose (Jeffrey) Bagley of Wayne, PA, Kathleen Carey of Troy, NY, Liam (Michelle) Carey of San Francisco, and Michael (Cassie) Carey of East Lansing, MI; his beloved grandchildren, Luke and David Carey, Kendra Van Pelt, Claire, Peter, and Anna Bagley, Meghan Carey, and Liam and Scarlett Carey; cousins Julie, Arthur, John, and Joe Harrigan; and many loving nieces, nephews, and friends. Calling hours are Friday, February 12 from 4-6:30 with a Mass of Christian Burial being celebrated on Saturday, February 13th at 9:30 a.m., both at Sacred Heart Church in Troy, NY. In lieu of flowers, donations may be made to Sacred Heart Church. Internment will follow in St. Agnes Cemetery in Menands. Carpe Diem llegitimi non carborundum.
To order memorial trees or send flowers to the family in memory of Edward Francis Carey, please visit our flower store.