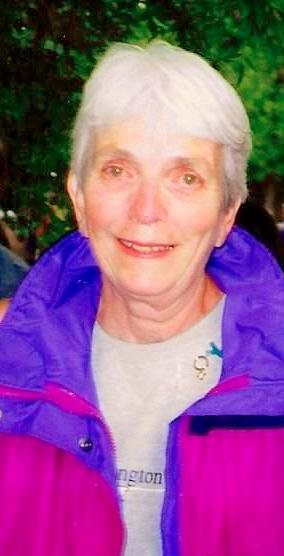 Although she very patiently awaited Trump's impeachment, Jacqueline V. Swatt entered into the arms of the Lord Saturday, Nov. 24, 2018.

Jackie taught special education for HFM BOCES in the Nelliston, St. Johnsville and Gloversville school systems. She went on to run the Resource Center for HFM BOCES which developed workshops and provided tools for area special needs programs.

She was a proud Democrat and spent many years as a Fulton County Poll official.

As an avid walker, there isn't one foot of sidewalk in the city of Johnstown that she has not walked multiple times. She also spent countless hours in school theaters, gymnasiums and on athletic fields in all kinds of weather, watching her children and grandchildren participate. She was always our number one fan.

Jackie was blessed to have many dear friends throughout the city of Johnstown and Catholic communities of Holy Trinity in Johnstown, Sacred Heart in Tribes Hill and St. Kateri National Shrine in Fonda.

The Swatt family would like to thank all of her health care providers, especially the wonderful second and fourth floor staff and Palliative Care Team at St. Mary's Hospital in Amsterdam, Mountain Valley Hospice, Dr. Ranford Miller and Dr. Akber Hassam.

In accordance with Jackie's wishes, a Mass of Christian burial will be held at a date to be determined. In lieu of flowers, donations may be made in Jackie's name to a charity of one's choice with the exception of the Trump Foundation.

To order memorial trees or send flowers to the family in memory of Jacqueline V. Swatt, please visit our flower store.