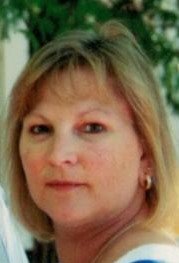 Welch, Karyn Lee (Schneider) - Latham - Welch, Karyn Lee (Schneider) 64, of Latham, N.Y. Passed away on July 2,2017 after a courageous battle against Lung and Brain Cancer. Wife of Terry A. Welch of Latham. Daughter of Robert and the late Lucy (Lundberg) Schneider, of Leesburg, FL. Daughter-in-law of Agnes and the late Clarence P. Welch Jr., of Albany, NY. Survived by four brothers: Steven (Christie), Knoxville, TN; Jeffrey, Greenville, SC; Christopher (Nancy), Monroe, CT; Mark (Renee), Danville, NH; sister-in-law Tracey (Don) Hubicki of Glenwood, Md.; several cousins, nephews and nieces, her baby Pugs Jesse and Stella, many colleagues and good friends. Karyn was born August 4, 1952 in Chicago, IL and raised in Westfield, NJ. She earned a Bachelor of Science degree in Occupational Therapy in 1975 from Syracuse/Utica University. She was licensed with the American Association of Occupational Therapists. She started working in the capital district at the Troy City School District. The majority of her 41-year career was spent working at the Bethlehem Central School District, helping hundreds of physically challenged children that she loved throughout her career. She retired in 2014 due to illness. She was a long time member of the Latham Columbiettes at the Latham K of C 3394 in Latham. Anyone that ever met her could never forget her laugh! At Karyn's request there will be no viewing hours. Private interment at a later date. A Celebration of Karyn's Life will be held on August 11, 2017 from 4:00 pm Till 9:00 pm, at the Knights of Columbus Hall, 328 Troy Schenectady Rd. Latham N.Y. Those who wish may send memorial contributions to The Green Mountain Pug Rescue or Mohawk Hudson Humane Society in Karyn's name.
To order memorial trees or send flowers to the family in memory of Karyn Welch, please visit our flower store.