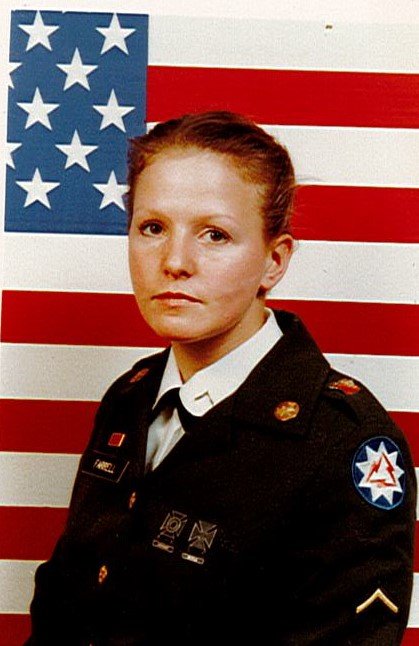 Margaret P. “Patty” Farrell Troy - Margaret P. Farrell passed away at the V.A. Hospital in Albany on April 26, 2021 after a very courageous battle. Patty was the daughter of the late Robert and Catherine Herald Farrell Sr. and was a Watervliet High School graduate, Class of 1980. Following her graduation Patty began her employment with NYS, working in Albany. After deciding to serve her country in the US Army. Patty completed her basic training in Ft. Dix, NJ and was stationed in Ft. Gordon where she completed her training in tele communications. Later, Patty was stationed in Germany. Following her Honorable Discharge from the Army, Patty returned home and resumed her career with New York State. Patty was overjoyed to become a mother, welcoming her daughter Fiona into her life. While continuing to work and raise her daughter, Patty earned a degree in economics. Patty spent many happy years raising her daughter, sharing trips to the zoo, visiting the ocean and countless other adventures. Fiona made Patty so proud. Following her retirement, after 37 year of service, Patty traveled and spent time at the ocean. In addition to her daughter Fiona, Patty is survived by her siblings, Catherine (Bill) Burns. Colleen (Tom) Grigg, Karen (Jeff) MacDougall, Roberta Farrell, Robert (Sharon) Farrell. Carol (Rocco) Valente; nieces and nephews Bert, Katie, Jennifer, Christine, Kiley, Jeffery, Andrew, Lauren, Megan, Robert, Anthony as well as several great nieces and nephews. Patty was the niece of her aunt Carol and uncle Mike. In addition to her parents, Patty was predeceased by her nephews Gabriel and Nicholas as well as several aunts and uncles. A funeral Mass will be celebrated on Friday at 10:00 a.m. in Immaculate Heart of Mary Church, Watervliet. Friends are invited to visit with Patty’s family from 9:00 –9:45 a.m. in the church prior to the funeral Mass. In lieu of flowers, please consider a memorial donation to a veteran’s charity of your choice.
To order memorial trees or send flowers to the family in memory of Margaret P. Farrell, please visit our flower store.